Over the past two weeks we’ve been informed that our member All States Ag Parts (ASAP) has made two more important acquisitions.  Tractor Joe of

John Dyke, CEO of All States Ag Parts said of the two acquisitions, “Both Tractor Joe and Yesterday’s Tractor allow ASAP to continue serving the vast agriculture by offering new and different products and services.  Tractor Joe brings a fully developed website operation with good traffic numbers which will supplement our existing site. Meanwhile Yesterday’s Tractor allows us to continue to serve their current and future customers and expand the current parts offering by including used parts in addition to expanding the remanufactured and new part lines.”

Both former owners, Marina Vorobeychik of Tractor Joe and Kim Pratt of Yesterday’s Tractor will remain in place during the transition and both newly acquired companies will retain their current identities.

All States Ag Parts now operates 21 locations in North America including 16 tractor and combine salvage yards.  ASAP is the leading supplier of agricultural

parts in North America and carries used, new aftermarket and remanufactured parts for tractors, skid steers, combines and other ag equipment. Parts are stocked for virtually all brands of equipment including John Deere, Case IH, Ford, New Holland, Allis Chalmers, Massey Ferguson, AGCO, Hesston and many more.  All States Ag Parts may be reached at 877-530-4430 or at www.TractorPartsASAP.com

Connect With Your Fellow Members!

Hi and thanks for coming by!  I've gotta share with you that we're all a bit down that we were unable to hold our Annual Meeting and Trade Show in Nashville.

As I write this we would just have gotten back from what would have been a great opportunity to do business and have a bit of fun. But, every down side has an up side.

We, as members, didn't spend the advertising/marketing funds to attend so, perhaps, there is some money in the budget to reach each and every member with the NTPDA Bulletin. The next edition comes out in March so now is the time to plan and create your ad. Just make sure you get it to Phyllis during February.  And, if you check out the video below you'll learn of a NEW BENEFIT that has to do with The Bulletin and it can be a game changer.

Thanks for watching and thank you for being an NTPDA Member...it matters.

Here is the link for our Bulletin ad rates.

The National Tractor Parts Dealer Association has a long history of helping our members grow their business. We thought it might be a good idea to "look 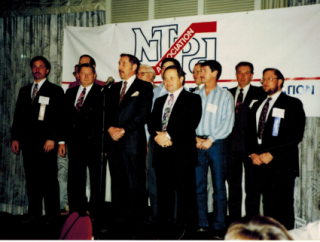 back" and profile some of the people who were with us near the beginning. Here is a short story about Herman Rempel, a lifetime member, who along with his wife, Jeannie attended nearly 20 NTPDA Annual Meetings. We reached out to his daughter Rebecca Braun who helped us pen this story:

Herman was fascinated by all things mechanical as a young boy. In his small home town of Niverville, Manitoba, he had the first transistor radio and subscription to Popular Mechanics. Some of his early toys included a horse and saddle, a green CCM bicycle he bought for $59 in 1950 with his paper route earnings, a Hiawatha scooter, a 1946 Chev convertible (the first built after WWII), a new fiberglass red and white Vanguard boat, a 1957 Vauxhall (which had the same Zenith-built carburetor as British Ferguson tractors), and a 1967 Lincoln Continental. Mostly every vehicle he owned he rebuilt, modified, and repainted red.

His first of eight airplanes was a Piper PA11 that he rebuilt from a wind-damaged wreck. It took one year and 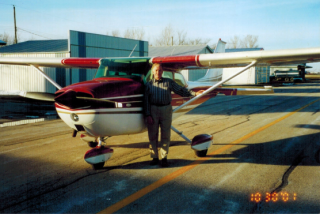 was finished two weeks before his wedding. He also owned three Cessna 172s, an Alon Aircoupe, a PA12 Piper (750 hours), a Beechcraft Sport, and finally a Cutlass RG Cessna 172 with 180 hp and retractable gear. Herman’s policy was always to be paid by and pay by certified cheque. This lesson was learned as he has numerous stories of how planes and automobiles were damaged on their ways home.

He worked for 11 years with his father, John K. Rempel, at an International Harvester dealership owned by Mr. George Kehler. To feed his growing family, he started rebuilding Ford 8N and 9N tractors in his car garage. He was known for his beautifully painted tractors and implements. Eventually, his hobby-turned-business grew and required him to buy two acres outside of his home tow. The yard had an abattoir which became his first building for repairs and storage. His business kept growing which required to hire more people, buy more land, build more buildings, erect more shelving, hire more people…you get it. He eventually farmed 80 acres with 3,500 tractors – that’s a Herman joke!

Herman was a walking encyclopedia of tractor parts information. He recalled almost every part number by heart and explained how and why and with what 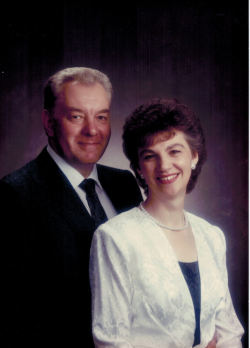 you could interchange it. He also had jobber parts manufactured with modifications made to make them perform better.

Worthington purchased Rempel Tractor Parts in May 1994. Herman very much appreciated the way they treated him and enjoyed the five additional years he stayed in the business, including two winters in Sikeston, Missouri. There was no ownership stress, management and customers valued his knowledge, and he grew his relationships and formed new ones.

Former customers called him for information so he thought it would be good if he had a few replacement parts on-hand. Herman had a giant auction sale of parts and tools in 2017, so you can imagine that those “few” parts expanded out of his garage and basement and into storage trailers. 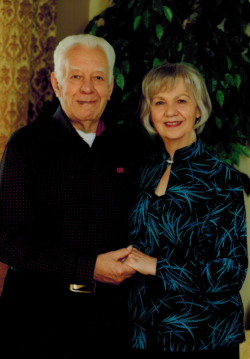 He is a man of integrity, a wonderful storyteller, and is generous and empathetic. He was bighearted with his time and resources at their churches and in their communities.

He married the love of his life, Jeannie Buhr, in October 1964 and together they had four beautiful children. Now their family has grown to 24 with everyone included! They fully and happily retired when they moved from Winnipeg, Manitoba to Calgary, Alberta in December 2017 to be close to their daughters.

January is turning out to be a month of mergers and acquisitions for our NTPDA Members. This week Abilene Machine announced that Quality Power Products 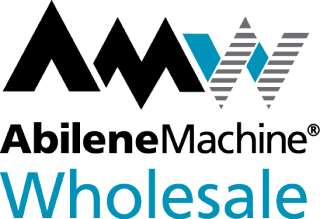 "For more than 25 years, our customers have relied on Quality Power Products to provide top-rated tracks and belts at affordable prices. We’ve been committed to delivering outstanding products with excellent service — all backed by our warranty program for peace of mind. At Abilene Machine Wholesale, those principles will continue to guide our business."

The release continues with, "When you work with Abilene Machine Wholesale, you’ll have access to even more product lines in addition to Q Power® Belts, Q Power® Draper Belts and Q Power® Tracks. You’ll get more tools for managing orders and tracking our extensive inventory. And you’ll get to keep working with our team for outstanding personalized and responsive service." 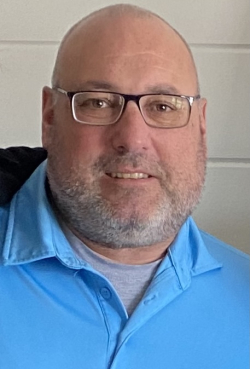 Troy Velder, who headed Quality Power Products for several years, has been named the Director of Wholesale Division for Abilene Machine. And, in the press release said, "Quality Power Products was founded on strong relationships and a commitment to doing business with integrity — values Abilene Machine has also embodied for more than 40 years. These shared values are why we’re thrilled to become part of their family and consider you, our customer, part of the family, too. We look forward to what the future has in store."

"As we transition from Quality Power Products to Abilene Machine Wholesale, we want you to know you remain front and center as our top priority. If you have any questions about how the transition will affect your account, please reach out to me. I’d be happy to discuss this new chapter with you." - Troy Velder Direct: 785.655.8127

new and used parts for combines and swathers.  In announcing the acquisition John Dyke, CEO of ASAP said, “This is a great acquisition for us, Combine World complements our line of tractor parts being offered at Fawcett Tractor Supply (Ontario, Canada) and positions us to deliver tractor, combine and other ag parts to the farming community in Canada.”

Dyke said the former owner, Charlie Smith, will remain in place as a valuable resource during the transition of ownership. All current employees of Combine World will be offered employment with All States Ag Parts. In the 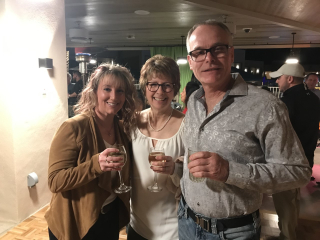 announcement Smith talked about how being part of ASAP will bring even more opportunity to the his customers, “Being part of All States Ag Parts is a great opportunity to improve our ability to take care of customers.” said Charlie Smith, “We’ll have access to our current combine parts inventory while growing our tractor parts selection. We’ll also have access to parts from 11 other salvage yards.”  (Image: Charlie and Marjorie Smith with YRC Representative Aleisia Dragon in Phoenix 2020)

The Board and Staff of the National Tractor Parts Dealer Association congratulates our members and friends.