In what was a tough decision by the NTPDA Board of Directors the 2021 Nashville Annual Meeting has been cancelled. Over the past several weeks it was 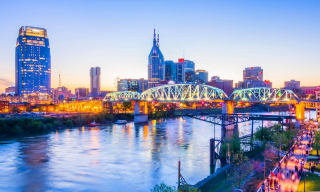 becoming more clear that the vast majority of our membership had made the decision to skip the event. This past weekend President Scott and Vice President Trey had some discussions about the numbers and, of course, the bombing which happened just blocks from our hotel.

President Scott sent a note to each Board Member asking for their input and the group voted 8 to 2 to cancel. President Scott did not vote and would have only done so if there had been a tie.  We will be holding a Board Meeting Conference Call during the time that we had been scheduled for Nashville to accomplish the business of the Association.

In addition if you had pre-paid your registration we'll be making reimbursements as soon as Kim gets back in the office.  If you made room reservations we urge you to call and cancel as soon as possible.

Now your staff is working to make sure we connect with each member who had indicated they were going to go to Nashville. We are also connecting with the hotel, the restaurant, transportation, the Jack Daniel's Distillery and others involved.  In addition we're also changing up The Bulletin and removing information about our 2021 event.  That issue should be in your hands in the next couple of days.

On a personal note you need to know that we worked hard to make this happen but in the end it was not to be.  You should also know that NTPDA Leadership took on the task to, behind the scenes, continue to keep everybody in the loop. We've had near daily phone calls and text messages.  Our thanks to President Scott and the entire Board of Directors for their input and work.  Thank you too for being an NTPDA Member...it matters.

becoming an Associate Member. So I made the call, offered “the pitch” and we had a great conversation. Andy seemed interested and a day later said his company Access Payment Processing was “in”. Andy, by the way, is the president of the company.

The next step in becoming a member is that we circulate some of the new member data among our existing members so they have the opportunity to offer comments and ask questions. That email was sent out and within a couple of hours I get a call from Andy asking, “So am I a member because one of your members wants to do business with us!”  It was the fastest turn around I’ve ever seen.

Mary Eisenmann from Eisenmann Supplies, based in Madison, Nebraska, saw the email and called Andy asking about switching out her current credit card processing service for Access. When I spoke with Mary she said their processing company was “OK” but, “I really do want to do business with a company that focuses on customer service and a person who we can trust. Those are the qualities I got from my conversation with Andy.”

Andy tells me that he sent her a new credit card machine, talked her through the setup and said that he plans to make a personal visit soon. Oh, one other thing:  The switch saved Eisenmann Supplies a couple of thousand dollars a year in fees.  And Mary indicates the switch was “seamless”.

Yes, there is real value in membership.